Home / Press / New Haven Register: A month is not enough to celebrate pasta

New Haven Register: A month is not enough to celebrate pasta

October is the month to celebrate one of America’s favorite foods, pasta.

A recent survey conducted by the National Pasta Association shows pasta is eaten seventimes a month, nearly twice a week. Perhaps that is because of its versatility, value and health factors. When respondents were asked what food they could not live without, 60percent chose pasta — even beating out chocolate.

Pasta’s history is as varied as its shapes. According to the NPA, “While widespread consumption is documented from the 14th century, it is believed to have existed in some form in ancient China and Greece. And evidence of pasta dishes appeared in Italian recipe books in the early 1200s.”

There are hundreds of pasta shapes, some being regional and not widely known. There are gluten-free pastas (if you haven’t tried Aldi’s, you won’t be disappointed) and pastas made from barley, buckwheat, rye, rice, maize, chickpea and other flours. It is available dried, fresh, frozen and canned (think Chef Boyardee). That, by the way, is not a fictitious name, though the spelling is a bit different — Ettore Boiardi. It was interesting to learn that Boiardi worked his way up to head chef at the renowned Plaza Hotel in NYC. That is quite a step up from canned spaghetti for which he was known.

One of the fun aspects of celebrating food holidays is finding appropriate books on my shelves and looking through them for cooking ideas. I also enjoy finding products, especially new ones, to use in cooking with the celebrated item.

“The Ultimate Pasta and Noodle Cookbook,” by Serena Cosmo (2017, Cider Mill Press, $39.95), might just become your pasta “bible.” The 800-page volume details the origins and uses of 350 types of pasta and noodles from around the world, as well as the ingredients and equipment that can be used to make your own. Several pages cover the art of cooking both dried and fresh pasta.

It was fun taking another look at the book based on the popular YouTube channel of the same name, “Pasta Grannies: the Secrets of Italy’s Best Home Cooks,” by Vicky Bennison (2019, Hardie Grant Books, $29.99). The collection of Italian recipes from 75 nonnas from all over Italy transported me into the heart of their homes, the kitchen, and provoked memories of my trip to Italy last year. Handmade pasta styles range from Giuseppa’s pici (a very thick spaghetti) that is simple to make to Anna’s lumachelle della duchessa (tiny, ridged, cinnamon scented tubes). What makes this cookbook great is the extraordinary stories of these ordinary women and shows you how with the right know-how and a few good ingredients, truly authentic Italian cooking is simple, beautiful and achievable.

Two new products I found and curious to try are the Pastene tri-color tomatoes and the Prosecco Wine Vinegar. You can try the tomatoes, too, with the pasta recipe below. The vinegar, made from 100 percent Prosecco wine, piqued my interest. It can be used to make a light dressing with extra virgin olive oil and lemon, or as a marinade for chicken or fish that will heighten and enhance the flavors. Or, check out the recipe below for Halibut with Prosecco Wine Vinegar and Succotash. Rather than the succotash, a recipe using pasta is perhaps more appropriate this month.

I am familiar with the Pastene brand, and was curious to know a bit of the company’s history. You might know by now, I am a food history buff. There is a New Haven connection, too. Pastene is North America’s oldest importer of premium Italian packaged goods. It began as a pushcart operation in Boston’s North End in 1848. Pastene has the distinction of being one of North America’s oldest, continuously operated family businesses. In 1848, Luigi Pastene came to Boston from Italy and began selling produce from a pushcart. By the 1870s, Luigi, now joined by his son Pietro, had established Pastene as a company selling groceries as well as produce. In the early 1900s the company expanded geographically with distribution and packing facilities established in New York, Montreal, New Haven and Havana as well as in Italy in Naples and Imperia.

— The first American pasta factory was opened in Brooklyn in 1848. It was not an Italian that started the U.S. industry, rather, a Frenchman named Antoine Zerega. 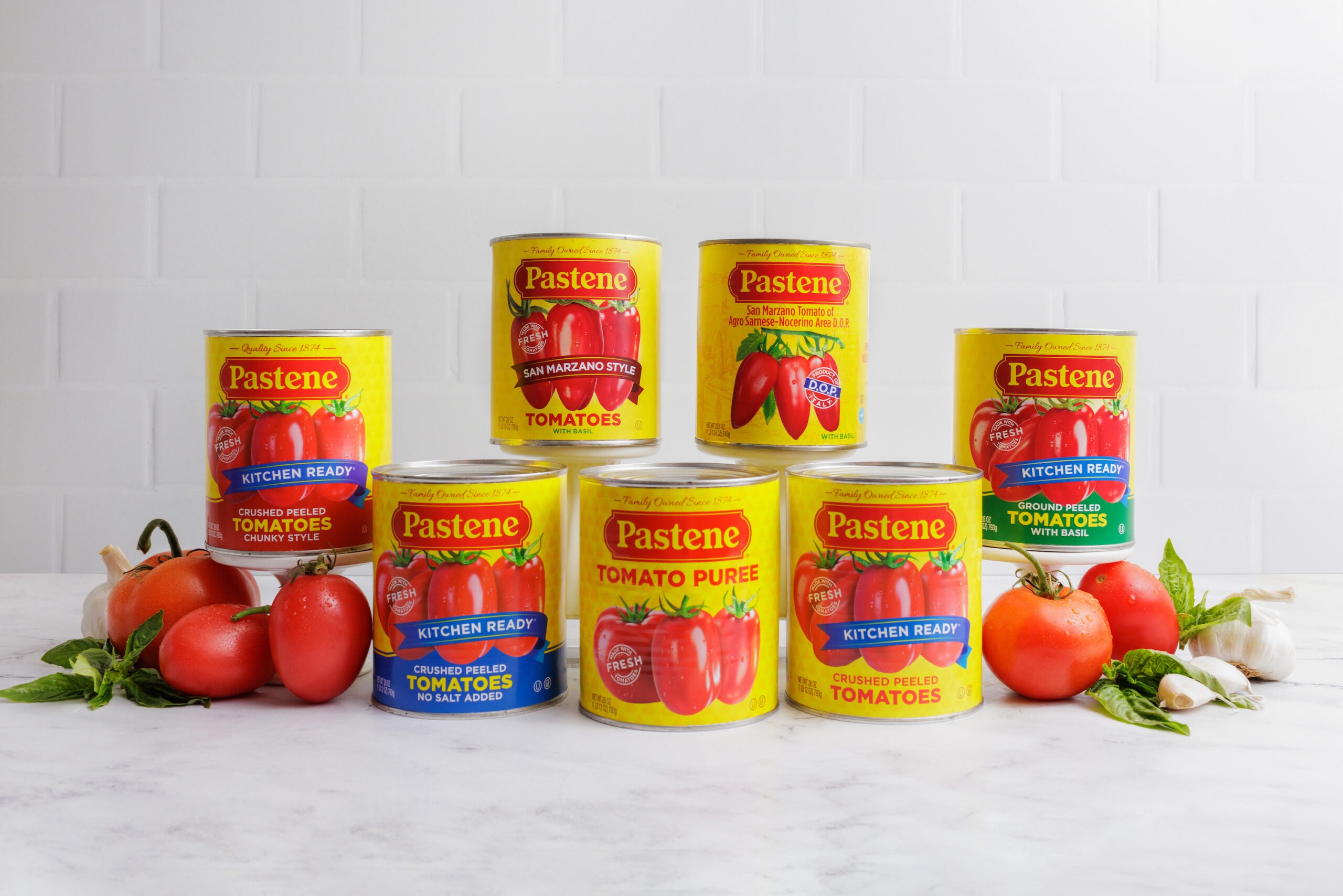 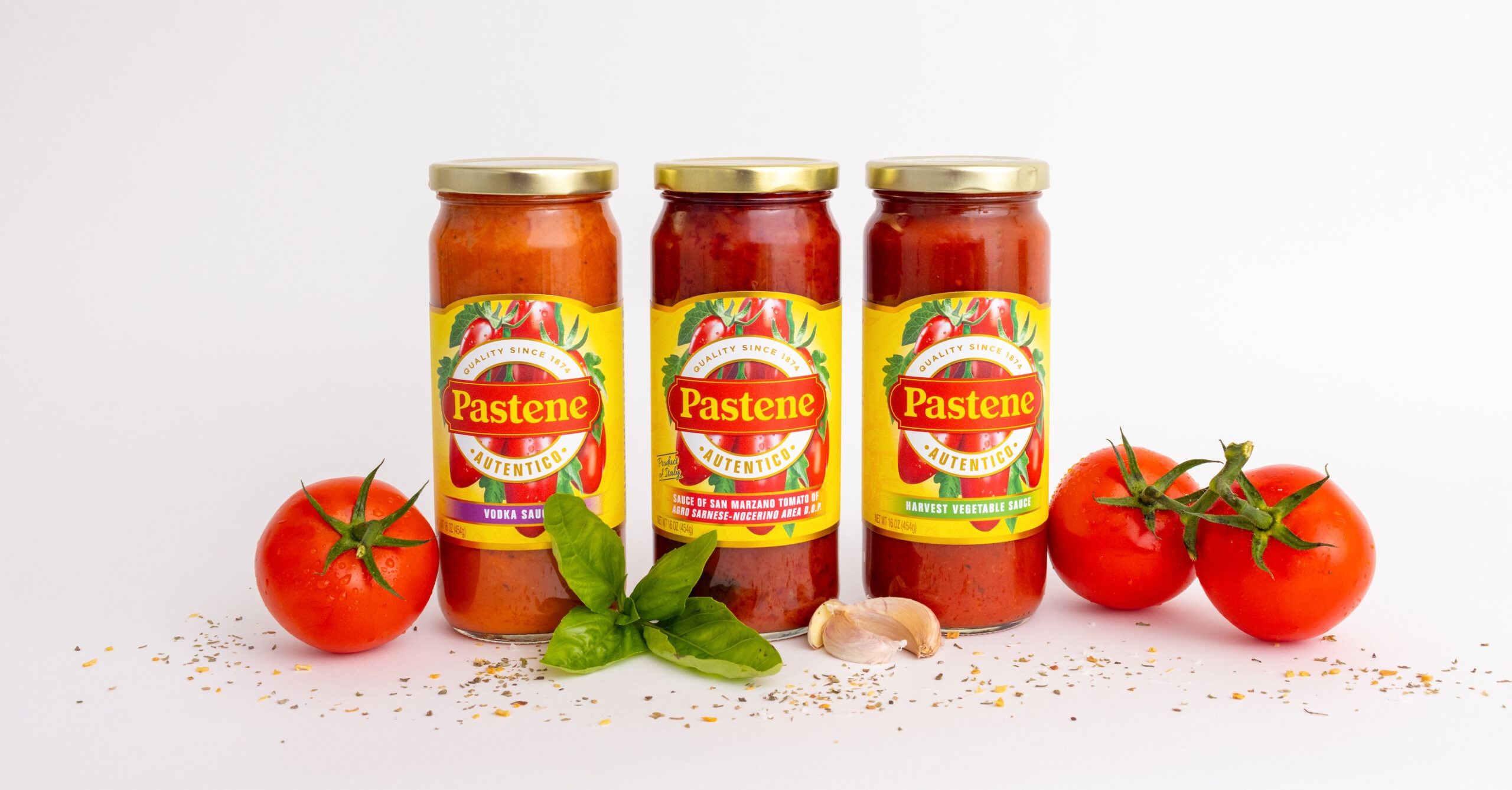